Poetry is an Island, Derek Walcott

Derek Walcott (1930-2015) Literature Nobel Laureate has travelled the world while remaining closely connected to his beloved island St. Lucia. As a poet, playwright, painter and even filmmaker, Derek Walcott has been hymning the Caribbean for over 60 years. This award wining documentary presents an intimate portrait of him, set in his beloved native island St. Lucia. The place he always longed for, when he was taken to far away places by his universally acclaimed work. What moved and inspired this great poet? Who are the people whose lives became poetry through his writings? And how do they experience the gift of language of their friend, their mentor, and their father? This film explores the poetry of Derek Walcott, the landscapes and people that inspired it. It observes Walcott in places essential to his work and life, and gathers the thoughts of some of his closest childhood friends. Most importantly, this documentary is a celebration of the greatest gift Walcott has given the world: his poetry.
(80 minutes-English spoken- subtitles in Dutch, German, Spanish, French, Chinese, Russian, Japanese, Hindi and Italian.-2014)
Directed by Ida Does | Co-Production by Rebecca Roos 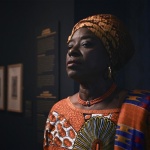 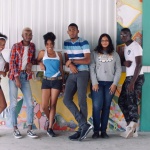